Westinghouse made a design change to the DB circuit breaker line about mid-way through production with the addition of a "test position" for the circuit breaker while it is in the switchgear. The original design, now designated "single position" only had a provision for the breaker to be secured in the cell while it was engaged to the primary buss stabs. Once withdrawn from the buss stabs the breaker would simply slide out of the cell on its rails. The new improved "3 position" breaker and switchgear had a provision for the breaker to be engaged on the buss stabs, withdrawn from the buss stabs but in a stable locked "test" position on the rails or disengaged to be withdrawn. This new test position allowed for safer lockouts during service among other things.

One of the most common questions we ask people when they are looking for a DB vintage circuit breakers and parts is, "is it a single or 3 position breaker?" If a photo of the breaker isn't available, and because it isn't listed on the nameplate, there are a series of questions we've developed to help identify the breaker style, assuming they have seen the breakers.

The most obvious question is "does it have a movable or fixed escutcheon (faceplate)?". The 3 position breakers all had movable escutcheons so the switchgear door could be closed with the breaker in the test position. 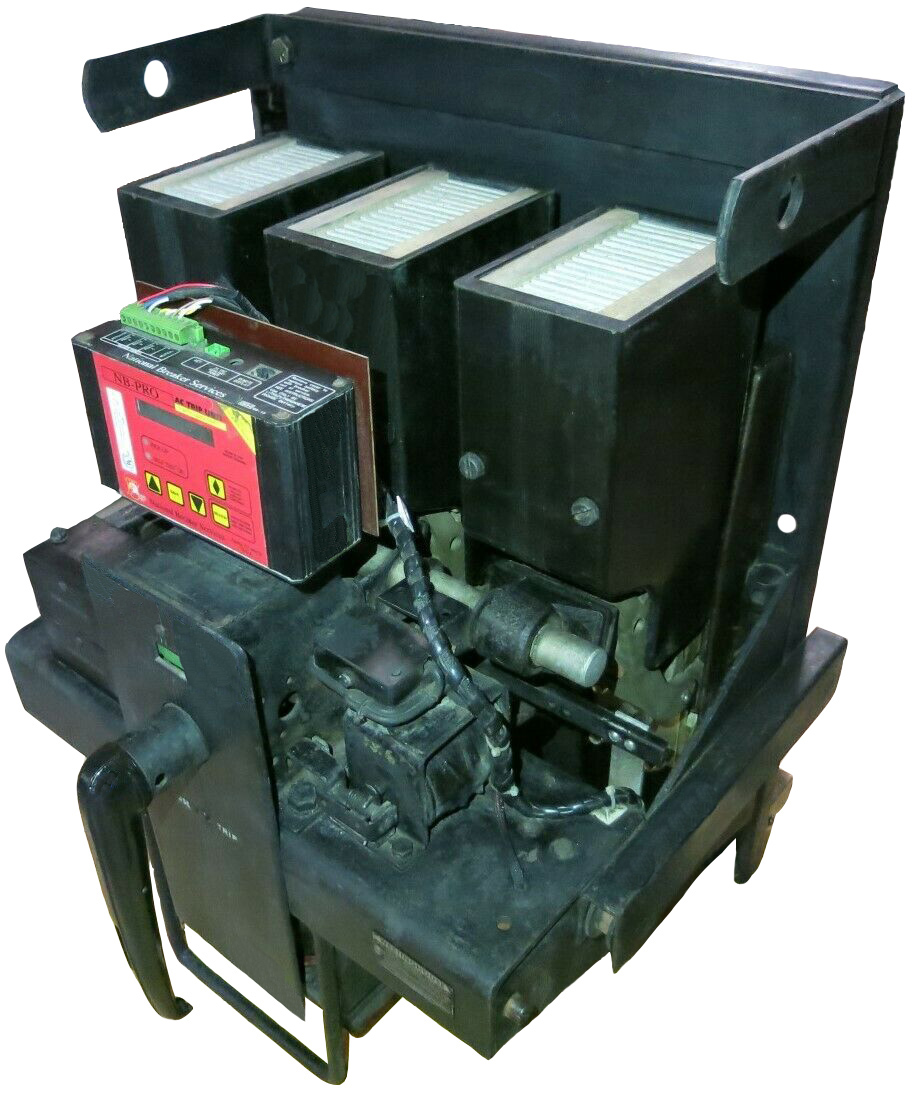 For larger frame DB-75 and DB-100 breakers, which are all electrically operated, you need to look for the movable escutcheon plate vs. a flat front, or when looking at the cell, the window in the door is much smaller on a 3 position, approximately 5" x 7" whereas the single position is wider and taller to expose the whole front faceplate of the breaker.

EXCEPTIONS TO THE RULE!

Other things to know...

Field modifications by end-users are always a possibility. I saw one line-up of single position breakers that an engineer had modified by removing the series overcurrent trips and bolting fuses in their place. Without single phase protection, the breaker had no way to trip and the fault on one phase cascaded up to the main, but by then it had also caught on fire! When in doubt, pictures are the best solution.

Today, we are spotlighting the Westinghouse/Eaton/Cutler Hammer Vacuum Starter Close Coil 110/120V. This part which has been custom manufactured through an exclusive contract with NPE. It is available from stock in limited quantities https://www.npeinc.com/sjasjs-coil.

This part and all of NPE's New Aftermarket Parts are available online at https://www.npeinc.com/aftermarket-parts or through your normal purchasing channels. We have the "The right part, at the right price, right now!"

Part number used to reference original OEM's for identification purposes only. They are not manufactured, endorsed or warrantied by OEM.

Most manufacturing plants, government and commercial facilities rely on electrical equipment that is no longer supported by the OEM. This planned obsolescence requires you to find a reputable source for remanufactured air or vacuum circuit breakers or aftermarket breaker and switchgear parts that match your equipment.

In most instances, breakers that are manufactured by one OEM are not physically compatible to swap out with another but there is one notable exception. This exception is the DS line of air circuit breakers. Originally, they were manufactured by Westinghouse Electric Company, the product line was then sold to Square D and then later to Eaton and Cutler Hammer. Each company changed labels and upgraded trip units to the latest technology of the day but other than that the products remained interchangeable. 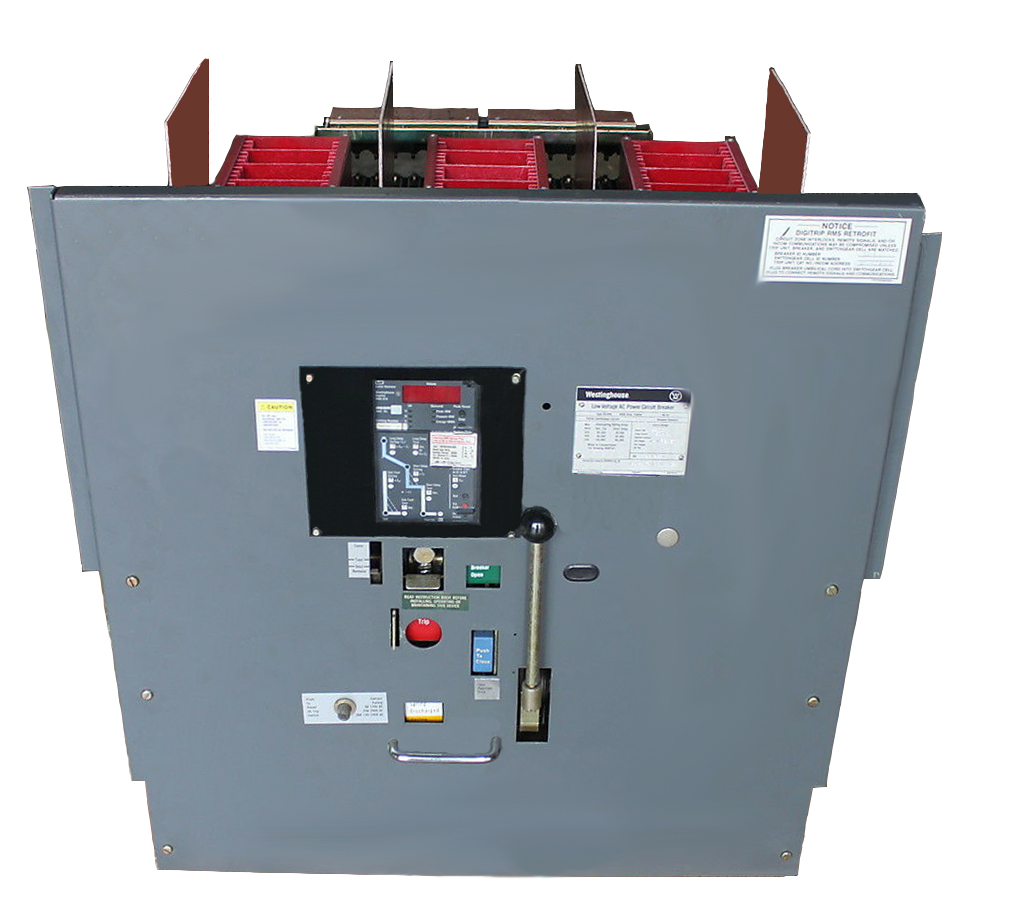 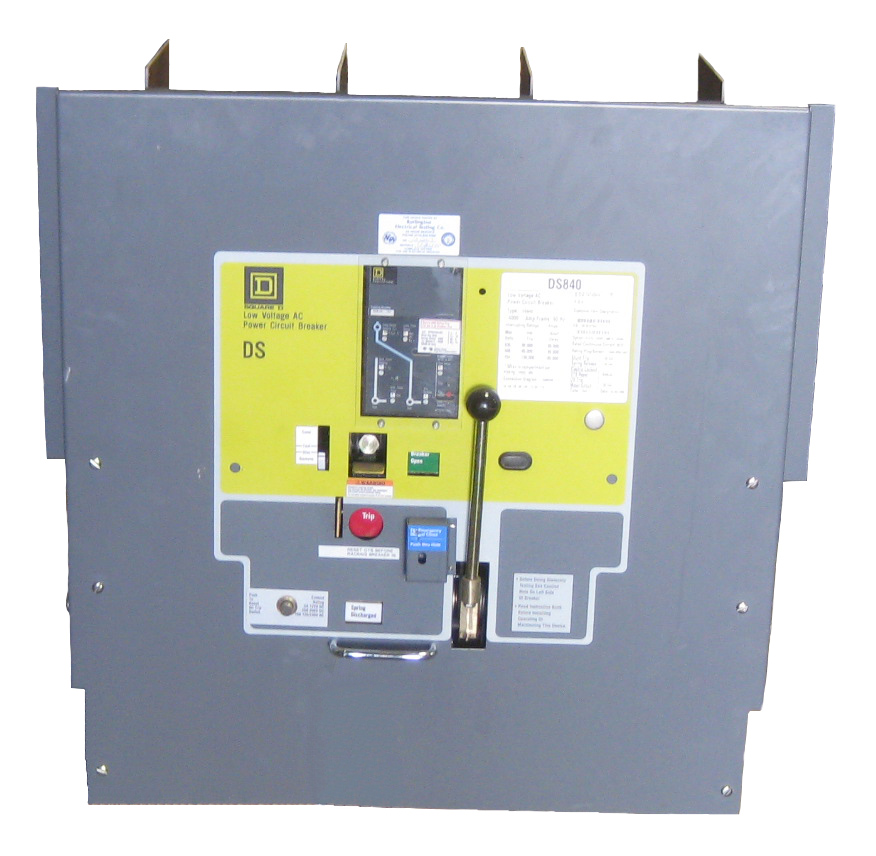 Of course, that’s just the beginning of the search. You will still need to match model numbers, trip units, controls and accessories. For that, you will need a knowledgeable dealer like NPE to sort through all the variables or you can just go to m.npeinc.com on your computer or mobile device and let NPE’s online tool guide you through the process and submit your request.

NPE has shelves lined with hundreds of DS circuit breakers and thousands of used and aftermarket parts and we will be happy to find a cost-effective solution to whatever your issue is. 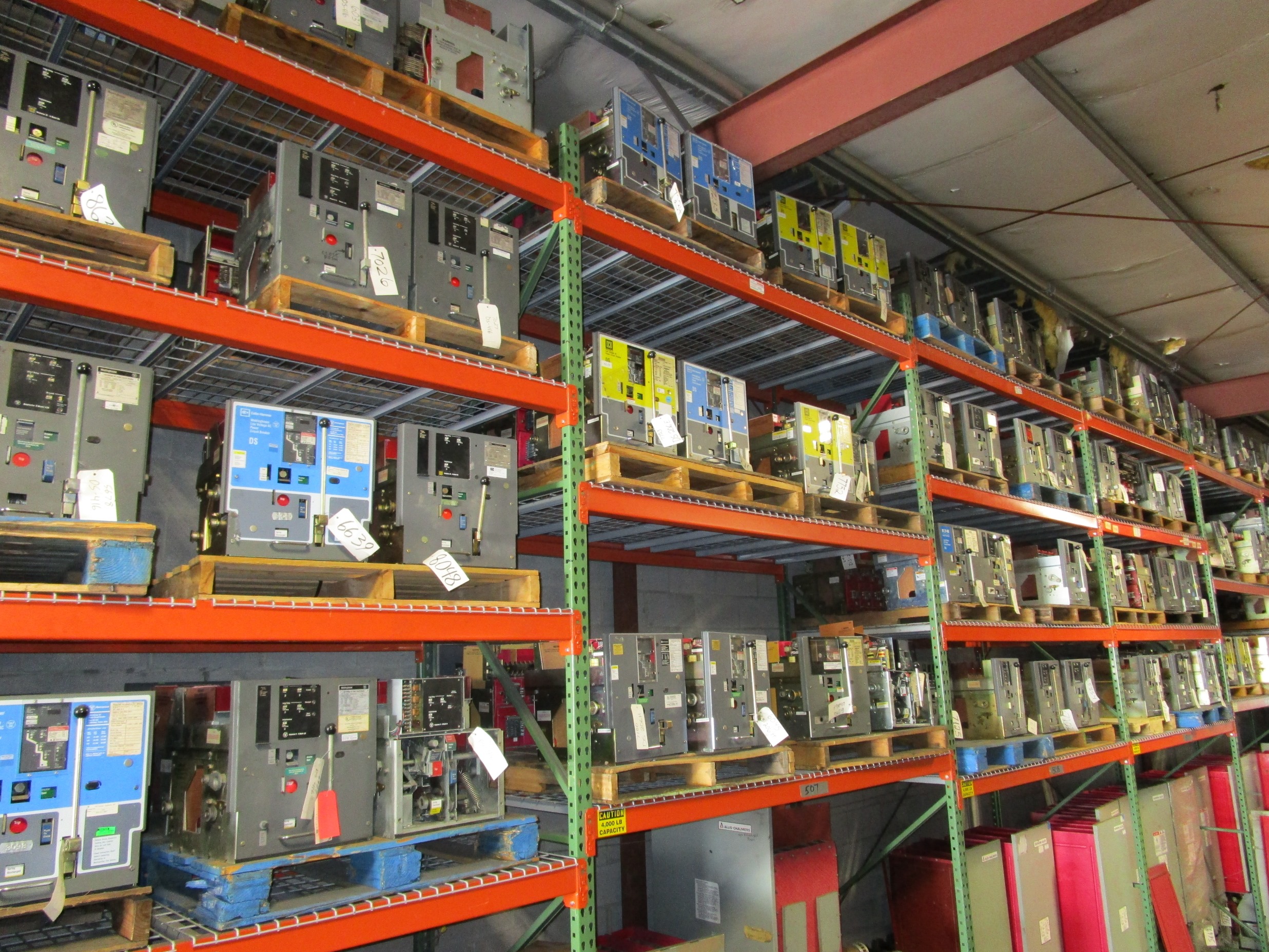 One of the more interesting aspects of our market is the history of the equipment and how it has changed over the years. While most of those changes were technological, some revolved around the people behind the scenes. One in particular that comes to mind, was a group of design engineers that had left the Westinghouse Corporation and went to Federal Pacific Equipment. While the story has certainly has been passed from mouth to mouth over the years, it does have some evidence to back it up. As told to me it goes like this:

Back in the era of the Westinghouse DB 25 single position circuit breaker, a group of design engineers left the old bar W and went over to FPE. With their designs fresh in their heads, they used much of it to design the old FPE DMB circuit breaker product line. The similarities between the two are obvious. Westinghouse manufactured the DB 25 and the DB 50, etc. FPE’s new product line was called the DMB 25 and the DMB 50, etc. Both of these manufacturers used similar technology and materials for their parts, for example, pole base insulators and arc chutes but the similarities continued to the point that some of the parts are physically interchangeable! In particular, parts like secondary disconnects, control relays, shunt trips and a few others.

If you happen to have this FPE switchgear in your facility and you are having a difficult time locating the parts to maintain it, give us a call at 800-647-0815 or send us an email to info@npeinc.com  and we will show you parts that are much more common to the market (and less expensive) and how they can be used to keep your equipment up and running for many more years of reliable service.

As we say at NPE- that’s what we’re here for!

The DS line of air circuit breakers has been a tried and tested product line of low voltage air circuit breakers that have been proven to be both versatile and reliable for decades. Originally, it was sold as a Westinghouse product, then the line was later sold to Square D and then Eaton Cutler Hammer.  It is widely understood that all of these breakers are interchangeable regardless of label, however the same does not hold true when replacing the switchgear parts. The switchgear cabinets have been manufactured in several locations around the country which resulted in six different lines of cabinets.  Care must be taken to properly identify which style of cabinet is in question to properly identify and acquire interchangeable parts.

The first vintage of DS switchgear was manufactured by Westinghouse in East Pittsburgh in 1969 and continued through 1973. It can be identified as having “Shop Order” (SO) numbers that start with “24Y”. The second vintage also made in East Pittsburgh through 1984 with SO numbers that started in “27Y” and concurrently with “WPA” switchgear made in St. Louis and was designated by a “General Order” (GO) number rather than a shop order number. The East Pittsburgh gear was generally marketed to heavy industrial users and the WPA gear for commercial applications.

Two more vintages came out of the St. Louis plant, designated as vintage III and IV. Vintage III was an attempt to merge the “27Y” product line with the WPA product line and it is usually designated with a prefix of “28Y”. It was a very short production run during 1984 from May through October. Vintage IV was made in St. Louis form October 1984 through May of 1990 - it continued to use the GO number system and also the “28Y” SO numbers. In 1990, production was moved to Asheville, NC and although changes had been made to the design, the “28Y” SO number system was continued.

If this sounds confusing, you have a lot of company. So how does someone go about finding replacement parts to maintain their DS switchgear? If you are fortunate enough to have the original product literature (see below) it will help to some degree. However, because much of it is no longer manufactured (new) you will more than likely find yourself relying on a reputable used electrical equipment dealer like NPE. If you know the SO number, GO number and production dates it will help narrow the focus, but even within product lines things like bus size and length will change depending on the configuration and rating of the switchgear.

The fastest and most reliable way to get the right part, at the right price, at the right time will be with photos and measurements using the NPE "On the Go" with your smartphone. NPE "On the Go" is very easy to use, just open it up and navigate to Switchgear/Switchgear Parts, answer the product driven questions and attach photos that you’ve taken with your mobile device. This RFQ will be sent to the NPE technical staff where it will receive TOP PRIORITY! Of course, you can still contact us with your requests and questions.